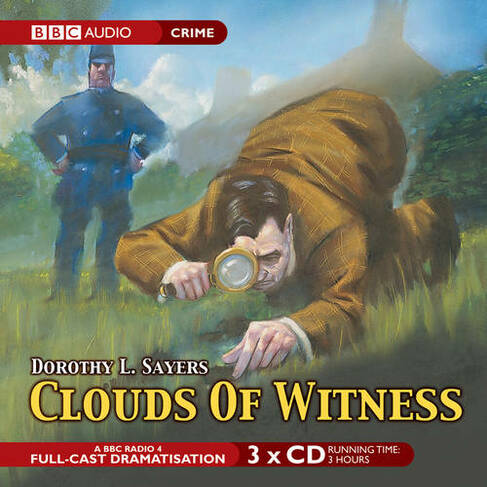 Ian Carmichael stars as Lord Peter Wimsey in this BBC Radio 4 full-cast dramatisation. In a shocking scandal, the like of which has not been seen in the English aristocracy since the eighteenth century, Lord Peter Wimsey's elder brother, the Duke of Denver, stands accused of murder. Lord Peter is determined to prove his brother's innocence, yet finds him strangely uncooperative. Furthermore, other family members apparently oppose Peter's attempts to get to the truth. His sister, Lady Mary, seems to know more than she is letting on - could the Duke be protecting her? In collaboration with Inspector Parker, Wimsey slowly uncovers a web of lies and deceit within his own family, and finds himself faced with the unhappy alternative of sending either his brother or his sister to the gallows. Until he himself becomes a target... Patricia Routledge plays the Dowager Duchess in this classic dramatisation, alongside Maria Aitken as Lady Mary and Miriam Margolyes as Mrs Hardraw.

Dorothy L. Sayers was born in Oxford in 1893. She published her first detective novel, Whose Body?, in 1923, introducing Lord Peter Wimsey to the world. Ten more 'Wimsey' novels and four collections of short stories followed, as well as many other works of crime fiction, non-fiction and plays. Her translation of Dante's Divine Comedy is highly acclaimed, as is her cycle of twelve plays on the life of Jesus, The Man Born to be King, which was broadcast on the BBC Home Service in 1941-1942. She died in 1957, leaving behind notes and fragments of an unfinished 'Wimsey' story - Thrones, Dominations - which was subsequently completed by Jill Paton Walsh and published in 1998. Paton Walsh has since written three other Lord Peter Wimsey books.