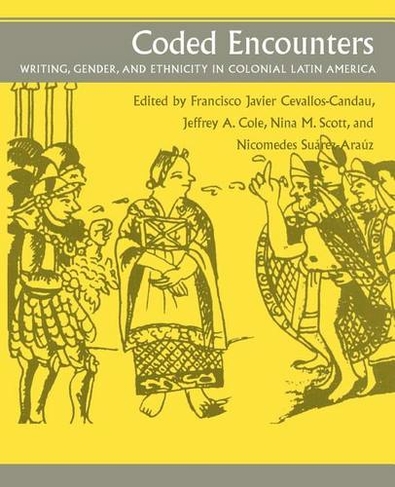 Much has been written about the ways in which Columbus's "discovery" of America began a process of inventing a new world in European consciousness. But far less has been published about those on the margins of the dominant European discourse - Amerindians, Africans, and women - whose experience is reflected in documents written during the early years of European rule in Latin America. This volume brings together essays by leading scholars of colonial Latin America who address a series of topics relating to both the marginal and European-dominant discourses. The book is divided into five sections: "Representing the New World, " "The Institutionalization of the Colony, " "Amerindian Texts, " "Women in Colonial Latin America, " and "The Later Colony and the Caribbean Experience." The essays range from a consideration of Amerindian codes of mapmaking to the career of a transvestite nun, from confessional "sin lists" used by priests to examine the transgressions of their American charges to a new view of colonial women's lives based on birth records, dowry agreements, and wills. 29 illustrations

Francisco Javier Cevallos-Candau and Nina M. Scott are professors of Spanish at the University of Massachusetts, Amherst. Jeffrey A. Cole is director of the Center for International Programs at Virginia Commonwealth University. Nicomedes Suarez-Arauz teaches Spanish at Smith College."