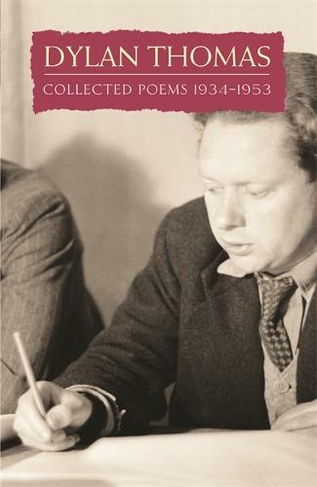 The definitive edition of Dylan Thomas's five published volumes of poems: 18 POEMS, TWENTY-FIVE POEMS, THE MAP OF LOVE, DEATHS AND ENTRANCES and IN COUNTRY SLEEP. Dylan Thomas wrote passionately about life in all its moods and moments: from the first thrilling moments of childbirth to the darker moments of death and loss. COLLECTED POEMS is introduced by the poet himself with a passionate seashore 'Prologue', in which the self-styled Noah of poetry builds his ark against ruin. This edition includes his last, unfinished poem 'Elegy', and the opening of 'In Country Heaven' - an ambitious project conceived after the dropping of the atom bomb.

Dylan Thomas was born in Swansea on 27 October 1914, the son of a senior English master. On leaving school he worked on the South Wales Evening Post before embarking on his literary career in London. Not only a poet, he wrote short stories, film scripts, features and radio plays, the most famous being Under Milk Wood. On 9 November 1953, shortly after his thirty-ninth birthday, he collapsed and died in New York city. He is buried in Laugharne, Carmarthenshire, which had become his main home since 1949. In 1982 a memorial stone to commemorate him was unveiled in 'Poet's Corner' in Westminster Abbey.www.discoverdylanthomas.com