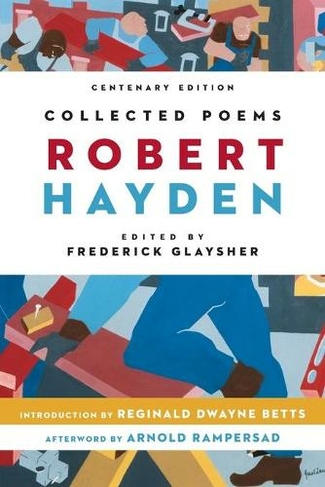 Robert Hayden was one of the most important American poets of the twentieth century. He left behind an exquisite body of work, collected in this definitive edition, including A Ballad of Remembrance, Words in the Mourning Time, The Night-Blooming Cereus, Angle of Ascent, and American Journal, which was nominated for a National Book Award. Also included is an introduction by American poet Reginald Dwayne Betts, as well as an afterword by Arnold Rampersad that provides a critical and historical context. In Hayden's work the actualities of history and culture became the launching places for flights of imagination and intelligence. His voice-characterized by musical diction and an exquisite feeling for the formality of pattern-is a seminal one in American life and literature.

Robert Hayden received numerous awards including a Hopwood Award, the Grand Prize for Poetry at the First World Festival of Negro Arts, and the Russell Loines Award for distinguished poetic achievement from the National Institute of Arts and Letters. Frederick Glaysher studied writing under a private tutorial with Robert Hayden at the University of Michigan, from which he holds a bachelor's and a master's degree, the latter in English. The author and editor of several works, he edited Hayden's Collected Prose as well as the Collected Poems. Robert Hayden is a character in Glaysher's recently published epic poem, The Parliament of Poets, partly set on the moon, at the landing site of Apollo 11. Reginald Dwayne Betts is a poet, essayist, and national spokesperson for the Campaign for Youth Justice. He writes and lectures about the impact of mass incarceration on American society. He is the author of three collections of poetry, Felon, Bastards of the Reagan Era, and Shahid Reads His Own Palm, as well as a memoir, A Question of Freedom. A graduate of Yale Law School, he lives in New Haven, Connecticut, with his wife and their two sons. Arnold Rampersad (Ph.D. Harvard) is the Sara Hart Kimball Professor in the Humanities, Emeritus, at Stanford University. He is co-editor (with Deborah E. McDowell) of Slavery and the Literary Imagination, and editor of the definitive Collected Poems of Langston Hughes. He is the author of the two-volume biography The Life of Langston Hughes, Jackie Robinson: A Biography, and co-author (with Arthur Ashe) of Days of Grace: A Memoir. He is also editor of "The Harlem Renaissance."