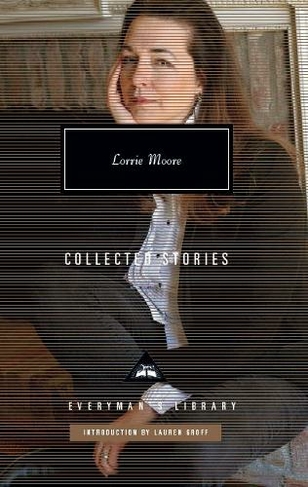 These humorous and poignant tales of lovers, loneliness, and never-quite-belonging, delivered in her characteristically knowing, wry voice, confirm Lorrie Moore as a master of the short story form. Self-Help, Like Life, Birds of America and Bark, her four acclaimed collections, are all here, and for good measure so too are a handful of stories excerpted from the novels Anagrams, Who Will Run the Frog Hospital? and The Gate at the Stairs. But at the author's request, the order of play is gloriously random: 'I didn't want this Everyman's volume to be one that simply glued all the books together in the obvious sequential order,' she writes. 'I wanted instead to let the magical alphabet set individual stories side by side in an otherwise unexpected and unchronological way so that friction or frost might occur: they could jostle and rap and spark or repel .... It might all be like a playlist set to shuffle ...' So, a joyous new discovery for first-time readers and for Moore fans, a multitude of new angles from which to view her incomparable ouevre.

Lorrie Moore (Author) Lorrie Moore is the Gertrude Conaway Vanderbilt Professor English at Vanderbilt University, and lives in Nashville, Tennessee. She has published four short-story collections - Self-Help (1985) Like Life (1990), Birds of America (1998) and Bark (2014), three novels, Anagrams (1986), Who Will Run the Frog Hospital? (1994) and A Gate at the Stairs (2009) and a book of essays, See What Can Be Done (2018). Amongst her many literary awards are the Irish Times International Prize for Literature and the Rea Award for the Short Story,Lauren Groff (Introducer) Lauren Groff is the author of three New York Times bestselling novels - Fates and Furies (named by Barack Obama as his favourite book of 2015), The Monsters of Templeton and Arcadia - as well as the story collection Delicate Edible Birds. She graduated from Amherst College and has an MFA in fiction from the University of Wisconsin-Madison. Groff's fiction has won the Pushcart Prize and the PEN/O. Henry Award, among others, and has been shortlisted for the Orange Award for New Writers and the Los Angeles Times Book Prize. In 2017, she was named one of Granta's Best of Young American Novelists. Her stories have appeared in publications including The New Yorker, the Atlantic, One Story and Ploughshares, and in several of the annual The Best New American Stories anthologies. She lives in Gainesville, Florida, with her husband and two sons.