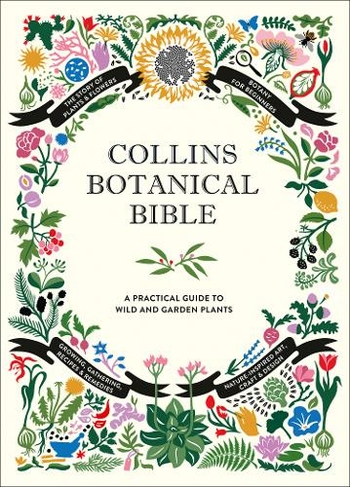 By Sonya Patel Ellis (Author)
Hardback
https://www.whsmith.co.uk/products/collins-botanical-bible-a-practical-guide-to-wild-and-garden-plants/sonya-patel-ellis/hardback/9780008262273-12-000.html £24.00 rrp £30.00 Save £6.00 (20%)
GBP
Availability
In Stock
Free Delivery Available When You Spend £25 Or More
Details
Spend £25 On Products To Receive Free Standard Delivery To Your Home Or Free Next Working Day Click And Collect To Store
Share

The Botanical Bible tells the story of plants and flowers, beginning with an overview of the plant kingdom and the basics of botany, then offering strategies for gardening with purpose. Later chapters introduce seasonal eating, the healing properties of plants and the world of botanical art. This stunning gift book is part history, part science, part beauty book, part cookbook and part art book. It will appeal to anyone wanting to use plants and flowers in modern life, whether they are an accomplished gardener or are simply yearning for a more natural life. This comprehensive guide to plants, flowers and botanicals covers a host of practical uses, features vintage illustrations alongside the work of current artists, and is sure to be an inspiration to anyone interested in the natural world.

Sonya Patel Ellis is a London-based writer, editor and artist primarily working with pressed botanicals. She founded The Herbarium Project in 2013 to bring elements of her writing and artwork under one roof, exploring the parallels and interconnectivity between nature, art, books and culture through the multifaceted prism of 'A Botanical World'. Inspired by research into the art of pressed flowers, Sonya made her own traditional herbarium press (along the lines of those used by Victorian plant hunters) and began systematically pressing flowers from her own garden and further afield. Various exhibitions, events, workshops, writings and commissions followed and continue to evolve, including collaborations with the Garden Museum (Seeing Floral: The Art of the Florilegia), City of London Corporation (Hortus Uptonensis), The British Library, Chelsea Fringe (The Story Within), the award-winning Marksman Public House and Restaurant (Herb Garden at The Marksman with garden designer Miria Harris) and French Riviera (Grand Magasin). Her work was also recently featured in Gardens Illustrated magazine and Time Out. www.theherbariumproject.com