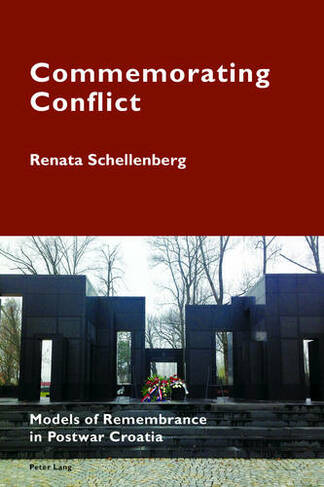 One of Europe's youngest nations and the most recent member-state of the European Union, Croatia, forged its national identity in the so-called Homeland War, the bloody civil conflict that raged between 1991 and 1995 and ultimately led to independence from Yugoslavia. Since then, a culture of war commemoration has emerged that continues to shape and define contemporary Croatia. This book focuses on the practices at the heart of this ongoing commemorative process. It addresses three fields of activity: commemorative war museums as official spaces for the shifting mediation of the public remembrance of war; the city of Vukovar as a unique site of divisive, politicized memory culture; and subjective forms of testimony, such as memoirs and satirical cartoons, which corroborate and challenge public discourses of war remembrance. The book draws on the latest methodological approaches in museology, memory studies and political research in Central Europe and the Balkans as well as autobiography and self-writing. It makes accessible to an English-speaking audience for the first time key primary and secondary texts in Croatian and thus stands as a useful source for an informed understanding of Croatia's place in Europe today.

Renata Schellenberg is Associate Professor of German at Mount Allison University in Canada. She grew up and studied in the former Yugoslavia. Her primary specialization is German literature and culture of the long eighteenth century and she has published widely on key authors such as Goethe, Herder and Alexander von Humboldt as well as on material culture and museum studies in the period. This latter research interest has more recently extended into the cultures of remembrance in twentieth-century Europe, with a particular emphasis on Austria and Croatia.