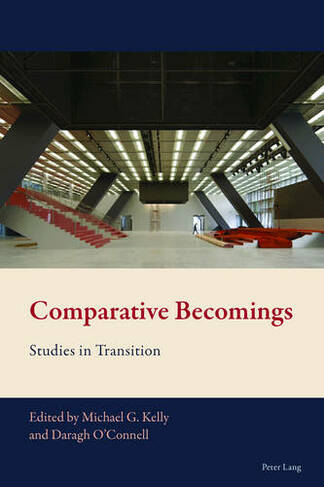 The comparative gesture performs both the act and the question of transition between the terms compared. Understood as an intercultural practice, comparative literature may thus also be understood as both a transitive and a transnational process, creating its own object and form of knowledge as it identifies and analyses lines of relation and exchange between literary cultures. When navigating between languages, the discipline becomes critically engaged with the possibility and methods of such navigation. Interdisciplinary and intermedial versions of comparative studies likewise centre around transitions that may themselves remain under-analysed. This collection of essays, with contributions ranging from medieval literature to digital humanities, seeks to illuminate and interrogate the very diversity of comparative situations, with their attendant versions of comparative discourse. The volume as a whole thereby reflects, however fragmentedly, a field of study that is itself faced with the reality of transition. As both a thematic and formal concern in comparative work, transition emerges, within any historical period or other configuration in which it is charted and analysed, as key to the renewed relevance of comparative literary scholarship and study today. 1 Illustrations, unspecified

Michael G. Kelly lectures in French and comparative literature at the University of Limerick.Daragh O'Connell is a lecturer in Italian Studies at University College Cork.