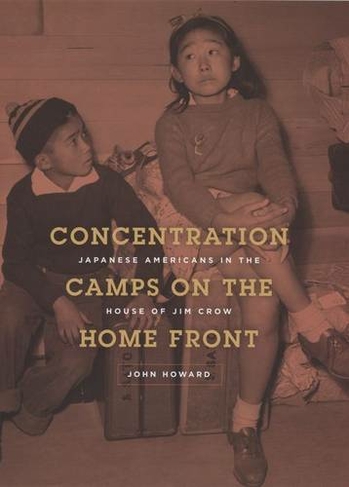 Without trial and without due process, the United States government locked up nearly all of those citizens and longtime residents who were of Japanese descent during World War II. Ten concentration camps were set up across the country to confine over 120,000 inmates. Almost 20,000 of them were shipped to the only two camps in the segregated South - Jerome and Rohwer in Arkansas - locations that put them right in the heart of a much older, long-festering system of racist oppression. The first history of these Arkansas camps, "Concentration Camps on the Home Front" is an eye-opening account of the inmates' experiences and a searing examination of American imperialism and racist hysteria.While the basic facts of Japanese-American incarceration are well known, John Howard's extensive research gives voice to those whose stories have been forgotten or ignored. He highlights the roles of women, first-generation immigrants, and those who forcefully resisted their incarceration by speaking out against dangerous working conditions and white racism. In addition to this overlooked history of dissent, Howard also exposes the government's aggressive campaign to Americanize the inmates and even convert them to Christianity. After the war ended, this movement culminated in the dispersal of the prisoners across the nation in a calculated effort to break up ethnic enclaves.Howard's re-creation of life in the camps is powerful, provocative, and disturbing. "Concentration Camps on the Home Front" rewrites a notorious chapter in American history - a shameful story that nonetheless speaks to the strength of human resilience in the face of even the most grievous injustices. 20 halftones

John Howard is professor in and head of the Department of American Studies at King's College London and the author of Men Like That: A Southern Queer History, also published by the University of Chicago Press.