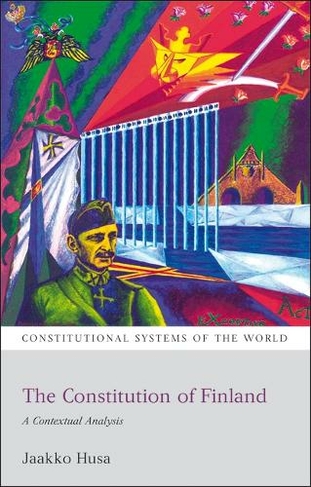 Constitution of Finland: A Contextual Analysis (Constitutional Systems of the World)

This book deals with the living Constitution of Finland, with an emphasis on constitutional history, culture, and practice. 'Culture' here refers to the cognitive long-term social or mental structure which makes it possible for politicians, civil servants, judges, and lawyers to grasp the constitutional environment in which they exist. Finland is a small modern, democratic Nordic country with a politically stable welfare system and a constitutional history dating back to the 1700s which contains remnants of Swedish rule, Russian rule, and the period of independence since 1917. It also contains several inner tensions: parliamentarism versus presidentialism, a high level of constitutionalism versus a virtual lack of constitutional judicial review, and a formally rigid but actually flexible constitution. The book offers a realistic but critical overview of the Finnish constitution, while also discussing fundamental questions about the very nature of constitution and constitutionalism. In addition, the constitutional effect of the EU and the European Convention on Human Rights are discussed and, where appropriate, a specific comparative dimension is added. The book is written in an uncomplicated manner and is aimed at those not familiar with the system, providing an introduction and first orientation without excessive detail. Each chapter concludes with a list of further reading and relevant websites.

Jaakko Husa is Professor of Legal Culture and Legal Linguistics at the University of Lapland, the northernmost university within the European Union. He specialises in comparative legal studies and constitutional law.