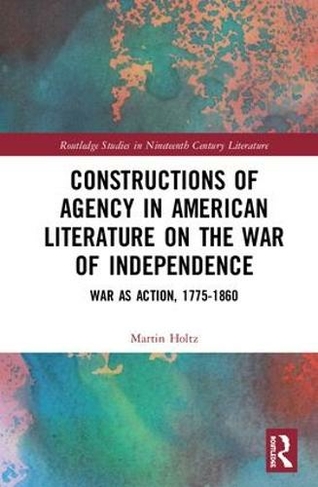 Constructions of Agency in American Literature on the War of Independence: War as Action, 1775-1860 (Routledge Studies in Nineteenth Century Literature)

This book argues that the negotiation of agency is central not only to the experience of war but also to its representation in cultural expressions, ranging from a notion of disablement, expressed in victimization, immobilization, traumatization, and death, to enablement, expressed in the perpetration of heroic, courageous, skillful, and powerful actions of assertion and dominance. In order to illustrate this thesis, it provides a comprehensive analysis of literary representations of the American War of Independence from 1775, the beginning of the war, up until roughly 1860, when the Civil War marked a decisive historical turning point. As the first national war, it has an unquestionably exemplary status for the development of American conceptions of war. The in-depth study of exemplary texts from a variety of genres and by authors like Thomas Paine, Benjamin Franklin, James Fenimore Cooper, Catharine Sedgwick, William Gilmore Simms, and Herman Melville, demonstrates that the overall character of Revolutionary War literature presents the war as a forum in which collective and individual agency is expressed, defended, and cultivated. It uses the military environment in order to teach the values of discipline and self-subordination to a communal good, which are perceived as basic principles of a Republican virtue to guide the actions of the autonomous individual in a popular democracy.