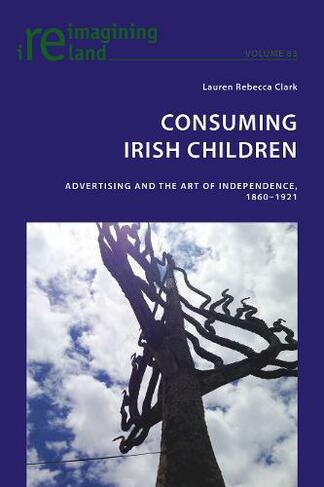 As far as Irish history is concerned, consuming Irish children was not only a matter for Jonathan Swift's A Modest Proposal. Late nineteenth-century Ireland saw the emergence of a thriving home-grown advertising industry, and the Irish child played a pivotal role in developing a nascent consumer state from the 1860s until 1921. Through extensive analysis of advertising copy, historical materials, ephemera and literature, this study links the child-centred consumer culture of Victorian Ireland with its impact on the establishment of the independent state. This form of "Celtic consumerism" was also evident in Scotland following the Gaelic Revival, positioning the child as the newest participant in a national process of consumption. Due to high child literacy rates, which outstripped those of mainland Britain, Ireland's children were appealed to as literate consumers in advertising copy and were informed of the perils or benefits of consumer culture in late Victorian Irish literature. This book presents a fascinating picture of the role of the child in the Irish marketplace at the fin de siecle, as well as investigating simultaneous developments in the Irish education system and laws concerning the care and welfare of children. 6 Illustrations, unspecified

Lauren Rebecca Clark completed her doctoral studies at the University of Sunderland and is currently a lecturer in English at the Chinese University of Hong Kong, Shenzhen, China. Her research interests include Irish studies, world literature, literary theory, cultural studies and comparative studies.