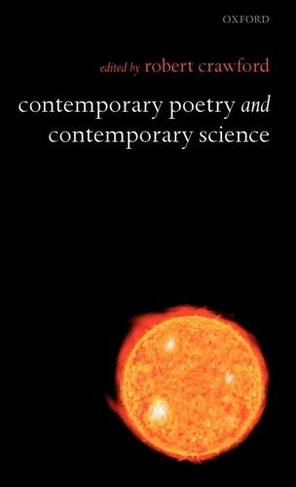 A unique collaboration between leading poets and scientists, Contemporary Poetry and Contemporary Science demonstrates through its form, and through practice as well as reflection, that poetry and science can meet with productive results. Crossing between disciplines, and between prose and verse, the book shows how modes of scientific knowledge and of poetic making continue to be intertwined. Often drawing on Scottish intellectual traditions, rather than on the notorious 'two cultures' argument, Contemporary Poetry and Contemporary Science argues through examples for a more open and mutually sympathetic engagement of poetry and science in contemporary culture. Provocative, nimble, and surprising, this book is in several senses a crossover volume. In its gathering of essays as well as poems, it is the first book of its kind. Readers can see how a poet and a solar physicist may share working assumptions; how poetic insight may inform psychiatric practice; how a poet's encounter with an MRI scanner leads to a fresh neurological experiment. As well as new essays by internationally distinguished poets, scientists, and literary critics including Simon Armitage, Gillian Beer, Jocelyn Bell Burnell, Miroslav Holub, Kay Redfield Jamison, and Edwin Morgan, the book includes a series of specially commissioned poems by John Burnside, Michael Donaghy, Sarah Maguire, Paul Muldoon, Don Paterson, and others. Each poem is introduced by the scientist whose work prompted the poem. Though Contemporary Poetry and Contemporary Science exposes and investigates strains between the way poets and scientists see and reinvent the world, the book is most arresting and enjoyable when it shows just how often poets and scientists agree.

Robert Crawford is Professor of Modern Scottish Literature at the University of St Andrews. His Selected Poems was published by Cape in 2005, and his critical books include The Modern Poet: Poetry, Academia, and Knowledge since the 1750s (OUP, 2001). He recently directed an international project sponsored by the Wellcome Trust which brought together poets and scientists. He is now writing The Penguin History of ScottishLiterature.