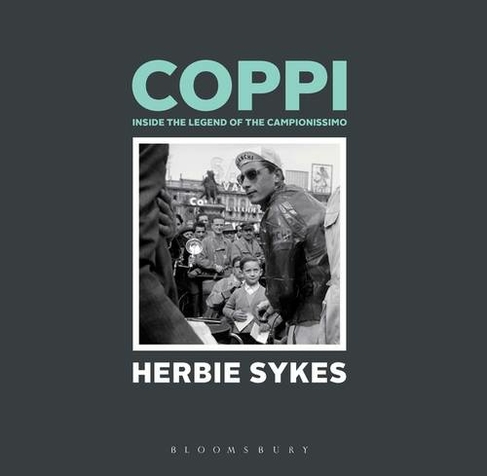 Coppi: Inside the Legend of the Campionissimo (Rouleur)

Herbie Sykes's Coppi is a beautiful, unique evocation of global cycling legend Fausto Coppi. Built around an extraordinary collection of hand-picked, never before seen images, the book also features testimony from those who knew him intimately. Fausto Coppi remains the most iconic cyclist in the history of the sport. For twenty years either side of the war his extravagant talent, allied to a unique charisma and human frailty, captivated sports fans across Europe. Moreover, he revolutionised the sport of bike racing itself, laying the foundations for the generations who would follow. Coppi was Il Campionissimo, his greatness so unequivocal that his celebrity transcended mere sport. As such both his professional and private lives were endlessly pawed over by his country's insatiable post-war media. In deserting his wife and daughter for a divorcee in 1954, he traumatised Catholic Italy. Thereafter his life became a soap opera from which he was unable to escape until his dramatic death in 1960. These images, many among them genuine masterpieces, were unearthed through hours of painstaking research. Allied to the personal truths of those closest to him, they reveal the man behind the Fausto Coppi myth. Put simply, the book strips away many of the half-truths and downright lies which have been grafted onto his legend over the decades. As such it's a very different kind of sports biography, and a must-have for all genuine cycling fans. Stunning photographs throughout

Herbie Sykes is a cycling historian and the author of two previous books about the Giro d'Italia: Maglia Rosa was published by Rouleur to enormous acclaim in 2011, while Cycling Weekly described The Eagle of the Canavese as 'A gem of a book'. Sykes lives in Turin and is a regular contributor to both Rouleur and Procycling magazines.