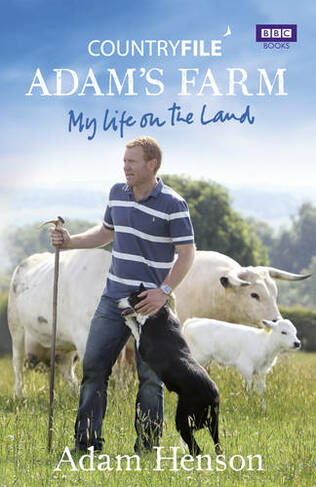 Countryfile: Adam's Farm: My Life on the Land

By Adam Henson (Author)
Hardback
https://www.whsmith.co.uk/products/countryfile-adams-farm-my-life-on-the-land/adam-henson/hardback/9781849900706-12-000.html £15.19 rrp £18.99 Save £3.80 (20%)
GBP
Availability
In Stock
Free Delivery Available When You Spend £25 Or More
Details
Spend £25 On Products To Receive Free Standard Delivery To Your Home Or Free Next Working Day Click And Collect To Store

Also available on eBook for £1.49. Click here to purchase from Rakuten Kobo

In 2001, Adam Henson was chosen from 3,500 applicants to become a presenter on Countryfile. Adam's agricultural knowledge and open manner soon made him a popular figure and when the programme moved to its current Sunday evening slot in 2009, he began to present a weekly report from his own farm in the Cotswolds. There, the ups and downs of the farming calendar, as told in Adam's straight-talking fashion, soon became one of the most popular parts of the programme as viewers watched him endure the stress of TB testing and his sadness at losing valuable cattle as well as the highs of spring lambing. This is the first book by Adam Henson, and it is an enthralling, first-person account of the drama, emotion and sheer hard work that is life on Adam's Farm.

Adam Henson presents Adam's Farm on Countryfile from his 650-hectare farm. Having studied Agriculture at college, Adam took over Bemborough Farm from his father. The management of this 650-ha farm includes commercial sheep, wheat, spring barley and oilseed rape but also includes the UK's leading rare breed collection. Cotswold Farm Park (www.cotswoldfarmpark.co.uk) attracts over 70,000 visitors a year and also loans its sheep, cows, pigs and oxen to film sets and advertisements.Adam presents Lambing Live with Kate Humble, writes for Countryfile magazine and has appeared on Radio 4's On Your Farm and Farming Today. He has a long heritage in TV - his father, Joe Henson, presented Animal Magic with Johnny Morris, his grandfather, Leslie, was a comedian and his uncle, Nicky Henson, has appeared in Faulty Towers and Inspector Morse.