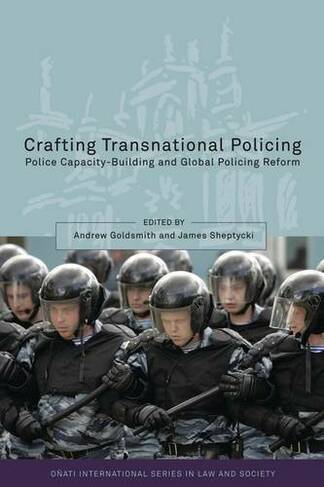 The book examines the phenomenon of crafting transnational policing. By this term is meant the different forms of engagement in policing reform by international donors, national governments, foreign police and law enforcement agencies in the domestic policing agencies and programs of recipient countries. It includes, inter alia, peace-keeping in post-conflict situations, reconstruction and capacity-building as part of nation- or state-building exercises, and the provision of technical assistance in relation to certain aspects of law enforcement. In each instance, there is a cross-border provision of resources with a view to shaping the kind of policing provided in recipient nations. Why do some countries engage in these activities? Why has policing become a preferred form of foreign policy engagement in some countries? What forms of policing development are provided? How are they delivered? And how are they received? How should these kinds of assistance and/or interventions be conducted in future? In this regard, is there a non-negotiable 'core' of good policing that needs to be developed and nurtured as an integral part of all defensible transnational policing engagements? These are some of the questions raised by the contributions to this book. The book arises primarily from papers presented at a workshop held in Onati, Spain in July 2004 on the emergence of a global constabulary ethic. The book has also been supplemented by two solicited chapters.

Andrew Goldsmith is Professor of Law and Criminal Justice at Flinders University, Adelaide Australia. He has written extensively on policing and law enforcement matters. Two previous books in this area are Complaints Against the Police: The Trend to External Review (Oxford, 1991) and (with Colleen Lewis) Civilian Oversight of Policing: Governance, Democracy and Human Rights (Hart, 2000). He is currently chief investigator in a project, "Policing the Neighbourhood", which is examining Australia's overseas policing missions in three countries, Timor-Leste, Papua New Guinea, and the Solomon Islands. James Sheptycki is Professor of Criminology at York University, Toronto Canada. He has previously published two edited collections, Issues in Transnational Policing (London, Routledge, 2000) and Transnational and Comparative Criminology (with Ali Wardak, 2004 London: Taylor and Francis). He has also written a research monograph entitled In Search of Transnational Policing (Aldershot: Ashgate, 2003) and was editor of Policing and Society from 1996-2003.