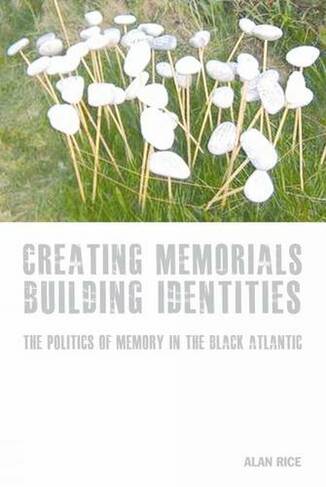 By Alan Rice (Author)
Hardback
https://www.whsmith.co.uk/products/creating-memorials-building-identities-the-politics-of-memory-in-the-black-atlantic-liverpool-studie/alan-rice/hardback/9781846314711-01-000.html £85.00
GBP
Availability
Currently unavailable. We don't know when or if this item will be back in stock
Share

This book investigates memorials and monuments to slavery throughout the African diaspora, but with an emphasis on Europe. It analyses not only the increasing number of physical monuments, but also the practice of remembering (and forgetting) in museums and plantation houses, and in contemporary cultural forms - visual arts, literature, music and film. A series of case studies, ranging from the 18th to the 21st century, from Senegal and Montserrat to Manchester and Paris, explore issues such as the Lancashire cotton famine, the debates around the first quayside memorial to the victims of the slave trade in Britain in Lancaster, black soldiers in World War II and the 2007 commemorations of abolition in regional museums. The book also looks at 'guerrilla memorialisation', its refusal to consider amnesia as an option, and the artistic interventions it has provoked. The study promotes a wide Black Atlantic perspective, while the case studies emphasise a decidedly local approach to memorialisation. Using theoretical work on memory and memorialisation, the book expands on these ideas to include the work of contemporary thinkers and writers on the Black Atlantic, such as Toni Morrison, Jackie Kay and Caryl Phillips. Comparisons are made with monuments to the holocaust and critical writings on the way it has been memorialised. The book interrogates a range of complex issues, and makes a case for the continuing importance of the legacy of slavery, whilst looking at what kind of monuments and memorials are appropriate and effective.

Alan Rice is Professor in English and American Studies and Co-Director of the Institute for Black Atlantic Research, University of Central Lancashire.