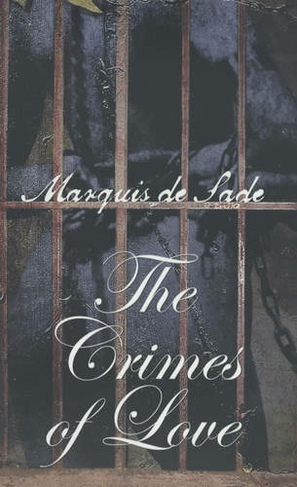 By Marquis de Sade (Author)
Paperback
£8.15 rrp £9.95 Save £1.80 (18%)
GBP
Availability
Available / dispatched within 1 - 2 weeks
Free Delivery Available When You Spend £25 Or More
Details
Spend £25 On Products To Receive Free Standard Delivery To Your Home Or Free Next Day Click and Collect To Stores
Share

Sade is best known for his sensational books Justine, Juliette and Les Cent Vert (The One Hundred Days of Sodom), yet in his lifetime these and other major works appeared in anonymous or clandestine editions or remain unpublished. It was while he was detained in prison and incarcerated in the asylum at Charenton that he decided to follow his 'philosophical' novel Aline et Valcour with writings more accessible to the general public. And he wanted to prove that he was not a mere pornographer but a moralist, like Voltaire and other contemporaries. In The Crimes of Love Sade contends that love can lead to crime and thence to punishment. Uni-like the villains of his major novels, the men and women described in these pages all come to a sticky end. Sade was fascinated by incest but claimed that he did 'not want to make vice liked.' The stories also illustrate his love of history and his frustrated passion for drama, while 'Rodrigo or the Enchanted Tower' is an intriguing example of this complex writer's flight into fantasy - his only means of escape from detention.