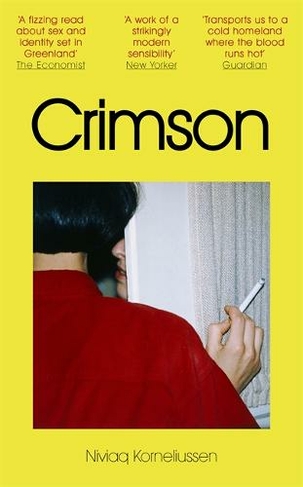 'Effortlessly cool, funny yet sad, breezy but thoughtful - this is an edgy and unputdownable work of modern literature' Sharlene Teo, author of Ponti 'Crimson is written with immense courage - there's no faking the feeling of honesty on each page. It is a brave novel reminiscent of Irvine Welsh's Trainspotting' Laline Paull, author of The Bees The island has run out of oxygen. The island is swollen. The island is rotten. The island has taken my beloved from me. The island is a Greenlander. It's the fault of the Greenlander. In Nuuk, Greenland . . . Fia breaks up with her long-term boyfriend and falls for Sara. Sara is in love with Ivik who holds a deep secret and is about to break promises. Ivik struggles with gender dysphoria as their friends become addicted to social media, listen to American pop music and get blind drunk in downtown bars and uptown house parties. Then there is Inuk, who also has something to hide - it will take him beyond his limits to madness, and question what it means to be a Greenlander, while Arnaq, the party queen, pulls the strings of manipulation, bringing a web of relationships to a shocking crescendo. Crimson weaves through restlessness, depression, love and queer experiences to tell the story of Greenlanders through a unique and challenging form. The original text was written and published in the Greenlandic language.

Niviaq Korneliussen was born in 1990 in Nuuk and grew up in South Greenland. She studied Psychology at Aarhus University in Denmark and spent a year in California as an exchange student. Korneliussen started writing in 2013 and is the winner of many writing competitions in Greenland where her debut novel, Crimson, was first published under the title HOMO sapienne (2014). She translated it herself from Greenlandic to Danish. She is currently working on her second novel.