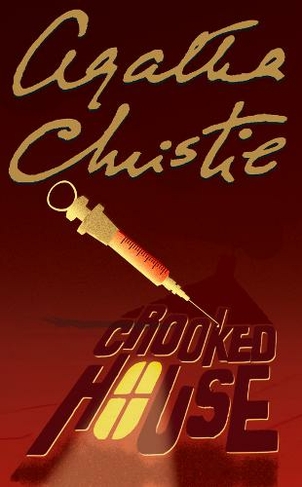 By Agatha Christie (Author)
Paperback
https://www.whsmith.co.uk/products/crooked-house/agatha-christie/paperback/9780008255343-12-000.html £9.01 rrp £10.99 Save £1.98 (18%)
GBP
Availability
In Stock
Free Delivery Available When You Spend £25 Or More
Details
Spend £25 On Products To Receive Free Standard Delivery To Your Home Or Free Next Working Day Click And Collect To Store
Share

A wealthy Greek businessman is found dead at his London home... The Leonides were one big happy family living in a sprawling, ramshackle mansion. That was until the head of the household, Aristide, was murdered with a fatal barbiturate injection. Suspicion naturally falls on the old man's young widow, fifty years his junior. But the murderer has reckoned without the tenacity of Charles Hayward, fiance of the late millionare's granddaughter...

Agatha Christie was born in Torquay in 1890 and became, quite simply, the best-selling novelist in history. Her first novel, The Mysterious Affair at Styles, written towards the end of the First World War, introduced us to Hercule Poirot, who was to become the most popular detective in crime fiction since Sherlock Holmes. She is known throughout the world as the Queen of Crime. Her books have sold over a billion copies in the English language and another billion in 100 foreign languages. She is the author of 80 crime novels and short story collections, 19 plays, and six novels under the name of Mary Westmacott.