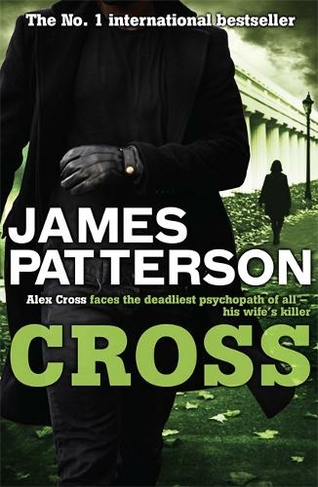 Alex Cross was a rising star in Washington, DC, Police Department when an unknown shooter killed his wife, Maria, in front of him. Years later, having left the FBI and returned to practising psychology in Washington, DC, Alex finally feels his life is in order... Until his former partner, John Sampson, calls in a favour. John's tracking a serial rapist in Georgetown and he needs Alex to help find this brutal predator. When the case triggers a connection to Maria's death, could Alex have a chance to catch his wife's murderer? Will this be justice at long last? Or the endgame in his own deadly obsession?

James Patterson is one of the best-known and biggest-selling writers of all time. Since winning the Edgar (TM) Award for Best First Novel with The Thomas Berryman Number, his books have sold in excess of 300 million copies worldwide and he has been the most borrowed author in UK libraries for the past eight years in a row. He is the author of some of the most popular series of the past two decades - the Alex Cross, Women's Murder Club, Detective Michael Bennett and Private novels - and he has written many other number one bestsellers including romance novels and stand-alone thrillers. He lives in Florida with his wife and son. James is passionate about encouraging children to read. Inspired by his own son who was a reluctant reader, he also writes a range of books specifically for young readers. James is a founding partner of Booktrust's Children's Reading Fund in the UK.