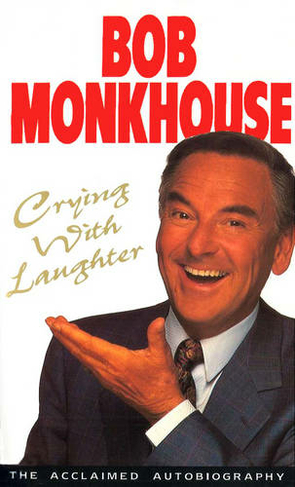 Crying With Laughter: My Life Story

This is Bob Monkhouse's classic autobiography. One of Britain's most enduring and famous comedians tells us in his own inimitable style the fascinating and often hilarious story of his life. From disclosures of very painful personal tragedies to extraordinary and outrageously funny anecdotes about the stars he knew, his confessions are blisteringly honest, touching - and often shocking. Crying With Laughter combines heartache with hilarity, sexy showbiz revelations with genuinely moving tales of the hard times, and typically funny jokes with sobering personal reflections, to create a passionate, witty and sparkling account of an extraordinary man's extraordinary life. 1

Bob Monkhouse was one of Britain's most enduring comedians and TV presenters, with a career spanning more than half a century. He started his broadcasting career on radio in 1949, and worked as a stand-up comedian, but hit the big time as a gag writer with his partner, Denis Goodwin. They wrote jokes for the likes of Bob Hope, Frank Sinatra, Dean Martin and Jerry Lewis. Much of Monkhouse's later fame stemmed from game shows, hosting TV programmes such as The Golden Shot, Celebrity Squares and Family Fortunes. He was awarded the OBE in 1993, and in 1995 he won a lifetime achievement award at the British Comedy Awards. He died after losing his battle with cancer in December 2003.