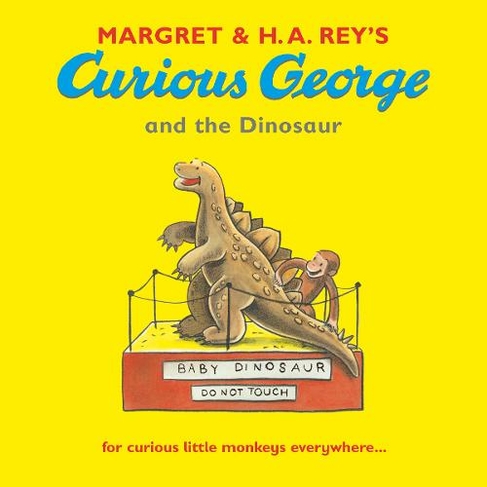 Curious George's chaotic adventures continue when the inquisitive monkey goes on a trip to the museum in this young, fun picture book. George joins a school trip to the museum but his attention wanes when he visits the rock exhibits. George wanders off and finds a dinosaur skeleton in the next room. The temptation to climb to the top is too much for him and when George is found, everyone becomes curious about dinosaurs!

Margret and H.A. Rey were both born in Hamburg, Germany. They married in Brazil and lived in Paris until the onset of World War II sent them fleeing to New York, where they began a whole new life as children's book authors. The first Curious George book was published in 1941, and the series has now sold over 25 million copies worldwide.