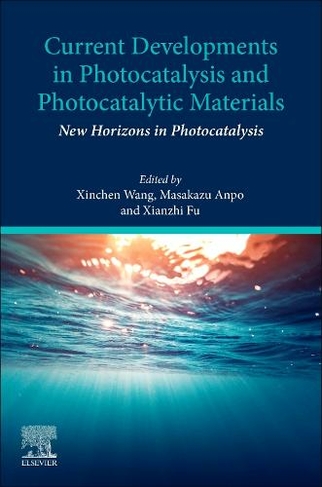 Also available on eBook for £158.15. Click here to purchase from Rakuten Kobo

Prof. Xinchen Wang is currently the director of the State Key Laboratory of Photocatalysis on Energy and Environment, and the dean of college of chemistry in Fuzhou University. He obtained his BSc and MSc in Fuzhou University, and went to The Chinese University of Hong Kong to pursue his PhD. In 2006, he moved to Tokyo University as a JSPS post-doctor, then he went to Max Planck Institute of Colloide and Interfaces, Germany, as Alexander von Humboldt fellow, and was promoted as a Group Leader during 2008-2012. He started his professorship in Fuzhou University at 2005. His research interests cover catalysis and photocatalysis, and in this research field he published more than 200 peer-reviewed papers with H-index of 96. Prof. Masakazu Anpo is presently a Special Honor Professor & International Advisor of the State Key Laboratory of Photocatalysis on Energy and Environment, Fuzhou University. He worked for 40 years at Osaka Prefecture University and served as Dean, Vice President & Executive Director for last 10 years and is now a Professor Emeritus. He is a pioneer in the research of photochemical reactions on solid surfaces, design of visible-light-responsive TiO2 photocatalysts, and single-site heterogeneous photocatalysts constructed within zeolites. He is the editor-in-chief of Res. Chem. Intermed. (Springer). He has published more than 100 books and 500 original peer-reviewed papers. He is a member of Academia Europaea and Science Council of Japan. Prof. Xianzhi Fu received his Ph.D. degree in Physical Chemistry from Peking University, China, in 1991. He did postdoctoral research on catalysis and photocatalysis at Peking University and University of Wisconsin-Madison, respectively. He joined Fuzhou University in 1997 where he was promoted to a full professor in 1998. Currently, he is the President of Fuzhou University. His research interests are mainly focused on Photocatalysis. He is the author or co-author of more than 300 peer-reviewed scientific publications and 40 patents. Professor Fu has won many important awards including the National Science and Technology Progress Award. He was elected as a member of the Chinese Academy of Engineering in 2009.