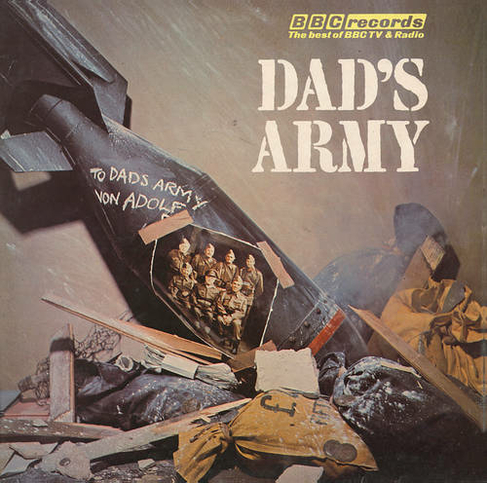 Arthur Lowe, John Le Mesurier and Clive Dunn star in two classic radio episodes from 1974. 'Sergeant Wilson's Little Secret' - Uncle Arthur gets a shock when he finds out that 'a little stranger' is expected and Mrs Pike is looking forward to being a mother again. 'Something Nasty in the Vault' - Captain Mainwaring and Sergeant Wilson are left holding an unexploded bomb that's landed in the bank's vault. Corporal Jones takes charge - so don't panic! Vintage Beeb: classic albums first available as BBC LPs, now reissued on CD. These episodes have previously been published in other CD editions. 1 CD. 50 mins.

Jimmy Perry (Author) Jimmy Perry was born in Barnes, London in 1924. Aged 16 during the Second World War, he joined the Home Guard and then served with the Royal Artillery as a sergeant, also setting up a concert party as entertainment for the troops. After the war he trained as an actor. His writing partnership with David Croft began in 1968, and between them they created such hit shows as Dad's Army, It Ain't Half Hot Mum, Hi-de-Hi and You Rang, M'Lord? David Croft (Author) David Croft was born in Poole, Dorset. He became a Major in the Second World War, serving in India. North Africa and Singapore. After the war he worked as an actor and then turned to writing. His involvement in television led to producing and directing. His numerous producer credits include Steptoe and Son and 'Til Death Us Do Part. As well as his partnership with Jimmy Perry, he developed Are You Being Served? and 'Allo 'Allo as a co-writer and producer with Jeremy Lloyd. He was awarded the OBE in 1978. He died in 2011.