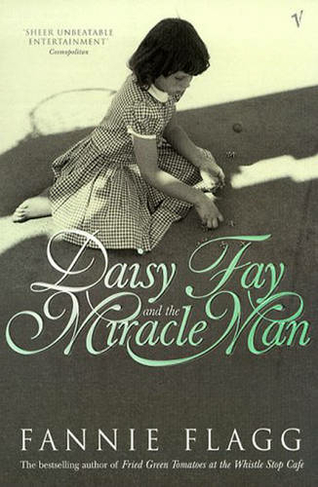 Daisy Fay And The Miracle Man

Fannie Flagg takes us on a journey to a South that only Southerners know, to a time when 'Blue Velvet' was played at the Senior Prom, and into the life of Daisy Fay Harper, a sassy, truth-telling heroine who just can't stay out of trouble. What's more she tells us everything - from what (or who) made her Daddy and Momma split up to what is really stashed in the freezer of the family's malt shop. Daisy Fay is coming of age in the Gulf Coast's Shell Beach, which is The End of the Road of the South, but a dandy place to meet the locals like hard-drinking Jimmy Snow, former debutante Mrs Dot and Daisy's own Daddy. They're all part of the fun that takes us down home, back to the '50s, and into the best story ever written east of Texas...

Fannie Flagg began writing and producing television specials at the age of nineteen and went on to distinguish herself as an actress and writer in television, films and the theatre. She is the author of many bestsellers including Fried Green Tomatoes at the Whistle Stop Cafe, Welcome to the World, Baby Girl! and A Redbird Christmas. Flagg's script for Fried Green Tomatoes was nominated for both the Academy and Writers Guild of America awards and won the highly regarded Scripters Award. She lives in Alabama and California.