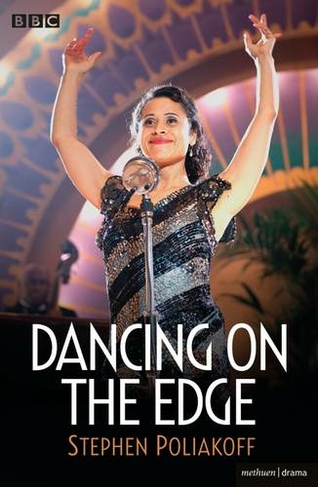 Dancing on the Edge

Set in a time of immense change, Dancing on the Edge tells the story of a black jazz group, the Louis Lester Band, as they rise to fame, entertaining guests at exclusive high society gatherings in 1930s London. While many recoil at the presence of black musicians in polite society, the capital's more progressive socialites, including younger members of the Royal Family, take the band under their wing. In this explosive five-part series, Stephen Poliakoff returns to television with his most ambitious work to date. Dancing on the Edge provides a new angle on an extraordinary time in history, giving us a piercingly original vision of Britain in the 1930s; a time of glamour, hardship, vibrant new music and financial meltdown. Combining the rich characterisation of Shooting The Past with the epic sweep of The Lost Prince and inspired by true stories of the era, Dancing on the Edge was produced by Ruby Film and Television for BBC2. Also included is the innovative epilogue to the whole drama, Interviewing Louis, where music journalist Stanley conducts a combative in-depth interview with Louis Lester. This funny and disturbing drama complements the main story perfectly while leading us towards a shocking and unexpected conclusion.

Stephen Poliakoff is one of Britain's most prolific and decorated writers. He has won a BAFTA for Best Single Play for Caught on a Train in 1980, the Evening Standard's Best British Film Award for Close My Eyes in 1992, The Critics' Circle Best Play Award for Blinded by the Sun in 1996 and the Prix Italia and the Royal Television Society Best Drama Award for Shooting the Past in 1999. Perfect Strangers won the Dennis Potter Award at the 2002 BAFTAs and Best Writer and Best Drama at the Royal Television Society Awards, while The Lost Prince, won three Emmy Awards in 2005 including Outstanding Mini Series. His work for the BBC includes Friends and Crocodiles and Gideon's Daughter (both 2006), which won two Golden Globes and a Peabody Award in 2007.