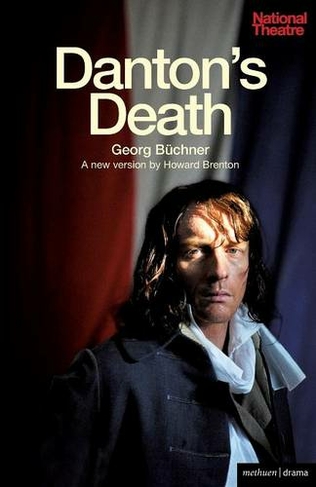 This is your rhetoric translated. These wretches, these executioners, the guillotine are your speeches come to life. You have built your doctrines out of human heads...Why should an event that transforms the whole of humanity not advance through blood? 1794: the French Revolution reaches its climax. After a series of bloody purges the life-loving, volatile Danton is tormented by his part in the killing. His political rival, the driven, ascetic Robespierre, decides Danton's fate. A titanic struggle begins. Once friends who wanted to change the world, now one stands for compromise the other for ideological purity as the guillotine awaits. A revolutionary himself, George Buchner was 21 when he wrote the play in 1835, while hiding from the police. With its hair-raising on-rush of scenes and vivid dramatisation of complex, visionary characters, Danton's Death has a claim to be the greatest political tragedy ever written. In his newly-revised translation, Howard Brenton captures Buchner's exhilarating energy as Danton struggles to avoid his inexorable fall.

Georg Buchner is widely acknowledged as the forefather of modern theatre. On his death at the age of 23, he left behind some outstanding dramatic works: his historical drama, Danton's Death, 'the most remarkable first play in European culture' (Guardian), the innovatory tragedy, Woyzeck, and the absurdist comedy, Leonce and Lena. Howard Brenton had written for the Royal Court, RSC, and the National before Romans in Britain (1980) was famously prosecuted by moral crusader, Mary Whitehouse. In addition to many plays, he has been a lead writer on TV's Spooks. His recent work for the stage includes Paul (National), In Extremis (Globe) and Never So Good (National).