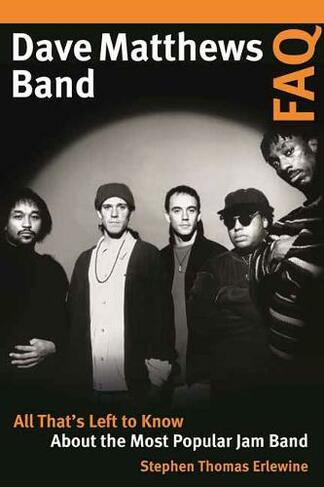 Dave Matthews Band celebrated their 25th anniversary in 2016 a milestone few bands achieve. How did the group build and retain an audience so devoted that they stuck with DMB through more than a quarter century? EDave Matthews Band FAQE answers this question and many more exploring the group's history in detail from a variety of angles. Natives of the college rock circuit of the southern Atlantic seaboard DMB became part of a close-knit group of similarly minded jam bands that spread across the USA during the 1990s. Thanks to a grassroots following that eagerly traded tapes of live DMB shows the band cultivated a dedicated fan base that crossed over into the mainstream. EDave Mathews Band FAQE traces this evolution documenting the culture of Charlottesville Virginia at the dawn of the '90s detailing the group's peers and examining their catalog both live and studio in detail. Collectively these chapters explain everything there is to know about the most popular jam band in history.

STEPHEN THOMAS ERLEWINE is a Senior Editor of Pop Music at Tivo, whose database of music information is licensed throughout the Internet and can be accessed at Allmusic.com. While at Tivo/Allmusic, he s written thousands of record reviews and biographies. He s also contributed to Rolling Stone, Pitchfork, Billboard, Spin, and New York magazine s Vulture, and has written liner notes for Raven Records and Legacy.