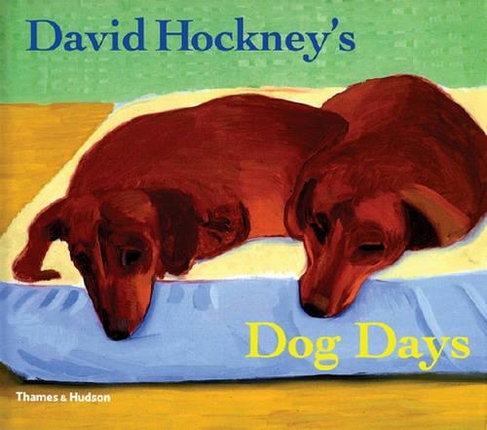 By David Hockney (Author)
Paperback
https://www.whsmith.co.uk/products/david-hockneys-dog-days/david-hockney/paperback/9780500286272-12-000.html £7.33 rrp £8.95 Save £1.62 (18%)
GBP
Availability
In Stock
Free Delivery Available When You Spend £25 Or More
Details
Spend £25 On Products To Receive Free Standard Delivery To Your Home Or Free Next Working Day Click And Collect To Store

The perfect gift for Hockney fans and dog lovers everywhere, David Hockney's Dog Days, now in a gift edition, is an album devoted to two of the artist's closest friends, his dachshunds Stanley and Boodgie. This beautiful and engaging book includes almost all of Hockney's paintings and drawings of his two companions, dozens of new illustrations created specially for this book, and a text by the artist himself. With 84 illustrations

David Hockney is considered one of the most influential British artists of the 20th century. He has produced work in almost every medium - painting, drawing, stage design, photography and printmaking - and has stretched the boundaries of all of them. Born in Bradford, England, in 1937, Hockney attended art school in London before moving to Los Angeles in the 1960s. There, he painted his famous swimming pool paintings. In a 2011 poll of more than 1,000 British artists, Hockney was voted the most influential British artist of all time. He continues to create and exhibit art.