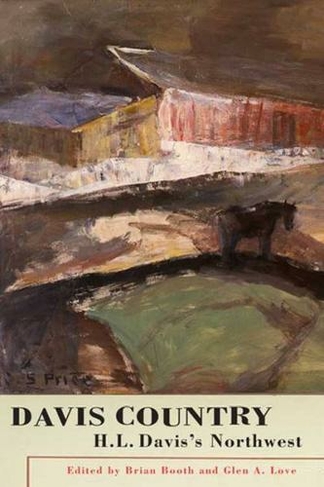 Davis Country brings together a fascinating collection of the distinctive writings of H. L. (Harold Lenoir) Davis, one of the Northwest's premier writers and perhaps the most famous Oregon writer of his generation. His influence on Northwest literature is comparable to Mark Twain's on American literature. Born in southern Oregon's Umpqua Valley in 1894, Davis spent his teen years in Antelope and The Dalles working as a sheepherder, cattle puncher, typesetter, and deputy sheriff. He began writing poetry during World War I, but with the encouragement of H. L. Mencken, then America's foremost literary critic, he switched to prose. He won the prestigious Levinson Prize from Poetry magazine at age twentyfive and is the only Oregonian ever to receive the Pulitzer Prize for fiction, for his 1935 novel Honey in the Horn, which Mencken called the best first novel ever published in America. Davis's work displays a rich knowledge of Northwest history and folklore. His intimate familiarity with the region's landscape?his environmental sense, his feel for Northwest weather, trees, plants, animals, for the varieties of Oregon rain, for the smell of forest winds and high-desert heat?is unmatched and will enthrall a new generation of readers. To read Davis today is to discover incomparable natural settings, earthy backwoods characters, and a laconic, colloquial narrative voice. This anthology gathers a selection of Davis's finest essays and stories, his best poems, and a sampling of his opinionated letters on his life and writing craft, as well as excerpts from his most famous novels, Honey in the Horn and Winds of Morning. An introduction by editors Brian Booth and Glen Love, a brief autobiography, and an afterword by Glen Love on Davis's final, unfinished novel provide a better understanding of this truly original Northwest voice. illustrations