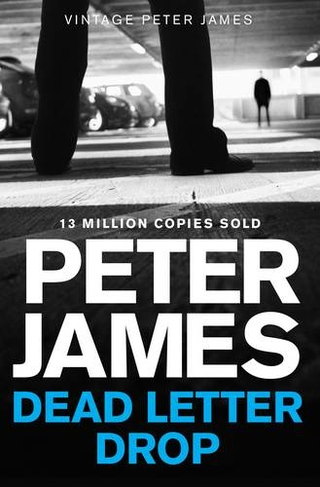 Featuring a special introduction by Peter James, Dead Letter Drop is Peter James' first ever novel, originally published in 1981. Max Flynn, undercover agent, has the unenviable job of spying on his own side. When to kill, who to kill, whether to kill are all questions which have to be answered at great speed if he wants to stay alive. But why does an innocuous airline ticket No. 14B matter so much? Who has gone to the trouble of committing suicide? And could Flynn's beautiful companion be a spy? The hazy, murky world of counter espionage leaves no room for errors of judgement and Flynn knows he's finished if he makes one false move.

Peter James was educated at Charterhouse, then at film school. He lived in North America for a number of years, working as a screenwriter and film producer before returning to England. His novels, including the Sunday Times number one bestselling Roy Grace series, have been translated into thirty-five languages, with worldwide sales of sixteen million copies. Three novels have been filmed. In addition to his popular Roy Grace series, Peter has also written a short story collection, A Twist of the Knife, and several standalone titles, including The House on Cold Hill, The Perfect Murder, Billionaire and also featuring Agent Max Flynn, Atom Bomb Angel. All his books reflect his deep interest in the world of the police, with whom he does in-depth research, as well as his fascination with science, medicine and the paranormal. He has also produced numerous films, including The Merchant of Venice, starring Al Pacino, Jeremy Irons and Joseph Fiennes. He divides his time between his homes in Notting Hill, London, and near Brighton in Sussex.