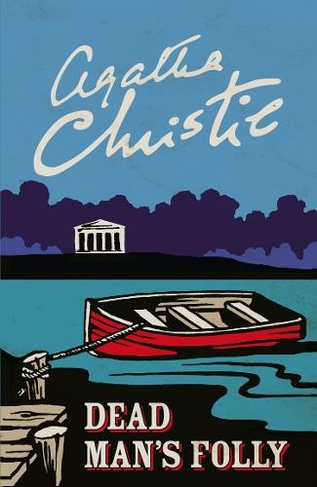 A charity murder game at a Devon house turns into the real thing... Sir George and Lady Stubbs, the hosts of a village fete, hit upon the novel idea of staging a mock murder mystery. In good faith, Ariadne Oliver, the well known crime writer, agrees to organise their murder hunt. Despite weeks of meticulous planning, at the last minute Ariadne calls her friend Hercule Poirot for his expert assistance. Instinctively, she senses that something sinister is about to happen... Beware - nobody is quite what they seem!

Agatha Christie was born in Torquay in 1890 and became, quite simply, the best-selling novelist in history. Her first novel, The Mysterious Affair at Styles, written towards the end of the First World War, introduced us to Hercule Poirot, who was to become the most popular detective in crime fiction since Sherlock Holmes. She is known throughout the world as the Queen of Crime. Her books have sold over a billion copies in the English language and another billion in over 100 foreign languages. She is the author of 80 crime novels and short story collections, 19 plays, and six novels under the name of Mary Westmacott.