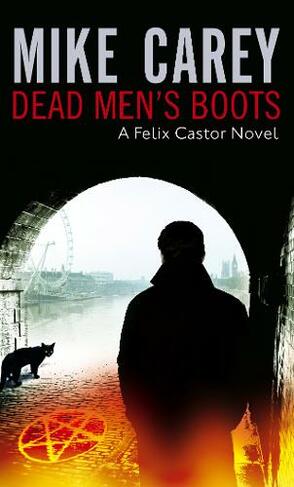 Before he died, Castor's fellow exorcist John Gittings made several calls asking for help and if Castor had answered them, John might still be alive. So when a smooth-talking lawyer comes out of nowhere to claim the remains, Castor owes it to John's unhappy ghost and even more unhappy widow to help out. If only life were that simple. A brutal murder in King's Cross bears all the hallmarks of an American serial killer supposedly forty years dead, and it takes more good sense than Castor possesses not to get involved. He's also fighting a legal battle over the body - if not the soul - of his possessed friend, Rafi, and can't shake the feeling that his three problems are related. With the help of the succubus Juliet, paranoid zombie data-fence Nicky Heath and a little judicious digging, Castor just might have a chance of fitting the pieces together before someone drops him down a lift shaft or rips his throat out. Or not. . .

Mike Carey is an established British writer of prose fiction and comic books. He has written for both DC and Marvel, including runs on X-Men and Fantastic Four, Marvel's flagship superhero titles. His creator-owned books regularly appear in the New York Times graphic fiction bestseller list. He also has one Hollywood movie screenplay to his credit. Under the pen name M. R. Carey he has recently released the THE GIRL WITH ALL THE GIFTS, a thriller which has received huge critical acclaim and has quickly become a word-of-mouth bestseller.