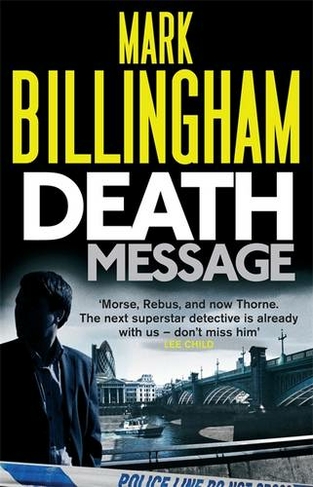 The seventh book in the Tom Thorne series, from bestselling author Mark Billingham. THE MESSAGE DI Tom Thorne has seen plenty of dead bodies in his time. But when he starts receiving sick photos of murder victims on his mobile phone, he soon realises that the next body could be his. THE KILLER And even when the man who has been sending the photos is tracked down, the deadly threat remains, For some, the case is all but closed, but Thorne's nightmare is just beginning. THE TWIST Because someone else is masterminding the death messages. The most vicious psychopath Thorne has ever faced is able to manipulate others even behind bars, and time has only deepened the deadly grudge he has against the policeman who put him away... ________________ The outstanding new Tom Thorne thriller, THEIR LITTLE SECRET, is out now!