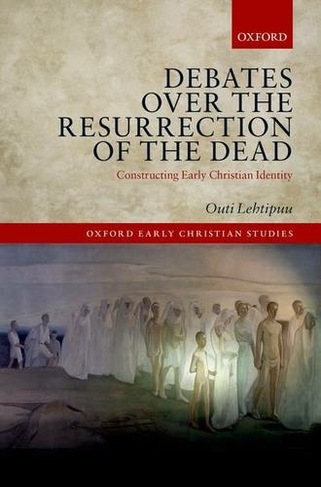 Debates over the Resurrection of the Dead Constructing Early Christian Identity

In Debates over the Resurrection of the Dead, Outi Lehtipuu highlights the striking observation that in many early texts the way that belief in resurrection is formulated is used as a sign of inclusion and exclusion, not only in relation to non-Christians but vis-a-vis other Christians. Those who teach otherwise have deviated from the truth, are not true Christians, and do the works of the devil. Using insights from the sociological study of deviance, Dr Lehtipuu demonstrates that labelling was used as a tool for marking boundaries between those who belonged and those who did not. This was extremely important in the fluid conditions where the small Christian minority groups found themselves. In a situation where there were no universally accepted structures that defined what constituted the true Christian belief, several competing interpretations and their representatives struggled for recognition of their views based on what they believed to be the apostolic tradition. The most hotly-debated aspect of resurrection was whether it would entail the body of flesh and blood or not. When resurrection would take place was closely related to this. Controversies died since the scriptural legacy was ambiguous enough to allow different hermeneutical solutions. The battle over resurrection was closely related to the question of how scriptures were to be understood as well as to what constituted the human self that would survive death. To demonstrate this a wide variety of texts are studied, from theological treatises (including relevant Nag Hammadi texts) to apocryphal acts and martyrologies. Acknowledging the complexity and diversity of the early Christian movement, this volume views early Christian discourse as part of the broader ancient discursive world where similar debates were going on among both Jews and the majority population.