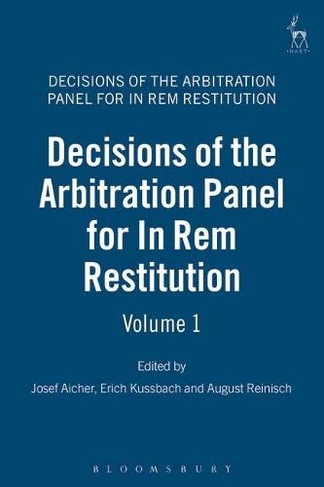 Decisions of the Arbitral Panel for In Rem Restitution 1