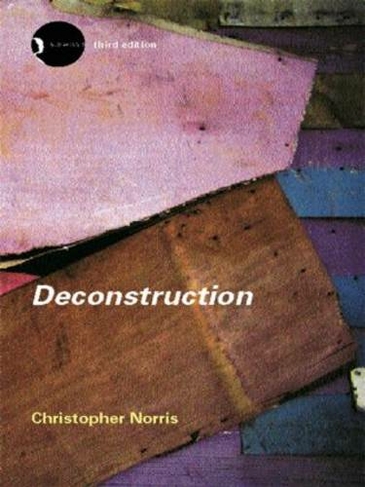 Deconstruction: Theory and Practice has been acclaimed as by far the most readable, concise and authoritative guide to this topic. Without oversimplifying or glossing over the challenges, Norris makes deconstruction more accessible to the reader. The volume focuses on the works of Jacques Derrida which caused this seismic shift in critical thought, as well as the work of North American critics Paul de Man, Geoffrey Hartman, J. Hillis Miller and Harold Bloom. In this third, revised edition, Norris builds on his 1991 Afterword with an entirely new Postscript, reflecting upon recent critical debate. The Postscript includes an extensive list of recommended reading, complementing what was already one of the most useful bibliographies available.

Christopher Norris is Distinguished Research Professor in Philosophy at the University of Cardiff, Wales.