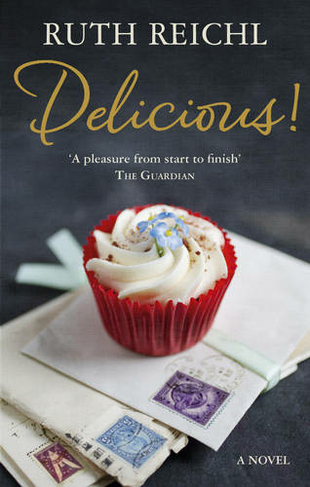 Dear Mr Beard, I sent my Magic Moments off yesterday, and that made me think of you. I hope the cookies will remind Father of our life here. Or maybe I should say what life used to be, before the war changed everything . . . Hidden in the library of Delicious! magazine young intern Billie discovers the wartime letters of twelve-year-old Lulu Swan, written to distinguished food writer, James Beard. Lulu's can-do spirit in the face of food shortages and other hardships help Billie come to terms with her own tragic past. Until one day it occurs to her: Lulu Swan might still be alive...

Ruth Reichl began cooking at the age of seven. It was pure self-defense; her mother, who was affectionately known as 'the Queen of Mold,' inadvertently poisoned people, and Ruth felt she could do a slightly better job. Trained as an art historian, she ended up following her passion for food. She had a modest restaurant in Berkeley, then became the restaurant critic of The Los Angeles Times and then the New York Times before being named Editor in Chief of Gourmet Magazine. She has written four memoirs and three cookbooks, but Delicious! is her first novel. She lives in New York with her husband and son - and deeply regrets that she neglected to give them any reason to learn to cook.