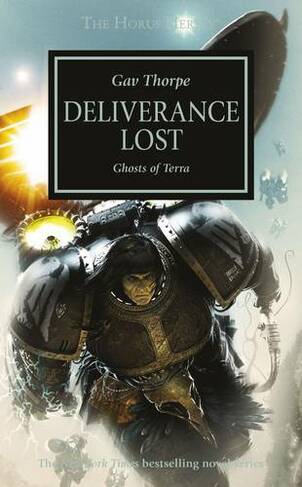 Book eighteen in the New York Times bestselling series As the Horus Heresy divides the Imperium, Corax and his few remaining Raven Guard escape the massacre at Isstvan V. Tending to their wounds, the bloodied Space Marines endeavour to replenish their numbers and take the fight to the traitor Warmaster. Distraught at the crippling blow dealt to his Legion, Corax returns to Terra to seek the aid of his father - the Emperor of Mankind. Granted access to ancient secrets, Corax begins to rebuild the Raven Guard. But not all his remaining warriors are who they appear to be... the mysterious Alpha Legion have infiltrated the survivors and plan to destroy the Raven Guard before they can rebuild and threaten Horus's plans.

Gav Thorpe is the author of the Horus Heresy novel Deliverance Lost, as well as the novellas Corax: Soulforge, Ravenlord and The Lion, which formed part of the New York Times bestselling collection The Primarchs. He is particularly well-known for his Dark Angels stories, including the Legacy of Caliban series, and the ever-popular novel Angels of Darkness. His Warhammer 40,000 repertoire further includes the Path of the Eldar series, the Horus Heresy audio dramas Raven's Flight and Honour to the Dead, and a multiplicity of short stories. For Warhammer, Gav has penned the Time of Legends trilogy, The Sundering, and much more besides. He lives and works in Nottingham.