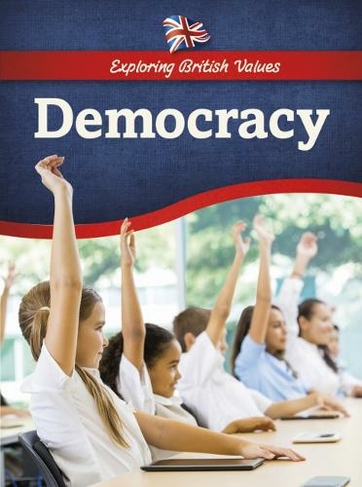 Democracy is one of the fundamental British values. It means "rule by the people", but what does that actually mean for people who live in a democracy? What rights and responsibilities do people have in a democracy? This book explores the answers to these questions and more.

Catherine Chambers was born in Adelaide, Australia, and was brought up in the UK. She has written about 120 books for children and young adults on all kinds of subjects, including history, biographies, science and the arts. A graduate of the illustration program at Sheridan College in Ontario, Canada, Graham began his career as a book designer for the respected Canadian publisher McClelland & Stewart. He later moved back to his hometown of Ottawa, Canada, where he began his freelance illustration and graphic design career. He has worked for Orca Book Publishers, Scholastic Canada, Meadowside Books in the UK, and Simon and Schuster as well as numerous Canadian government agencies and private design firms. When not sitting at his drafting table, doing what he loves, he spends time running to train for marathons and trying not to swim like a stone in training for short and long distance triathlons. He lives with his wife and daughter in a little log home in Merrickville, Ontario, Canada.