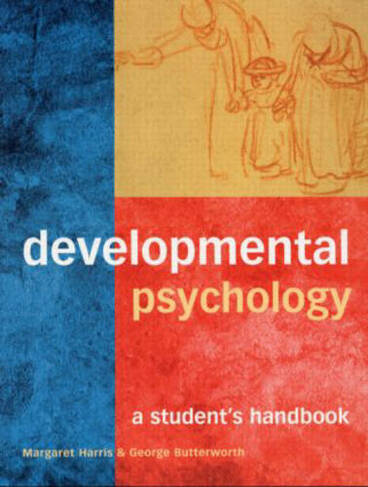 Developmental Psychology: A Student's Handbook is a major textbook that provides an up-to-date account of theory and research in the rapidly-changing field of child development. Margaret Harris and George Butterworth have produced an outstanding volume that includes recent research from Britain, Europe, and the USA. The text is designed for undergraduate students who have little or no prior knowledge of developmental psychology. Key features include: Specially designed textbook features, such as key term definitions, chapter summaries, and annotated further reading sections Over 95 figures and tables, to illustrate principles described in the text Additional boxed material, to add further insight and aid understanding Clear, user-friendly layout, to make topics easy to locate The book places developmental psychology in its historical context, tracing the emergence of the field as an independent discipline at the end of the 19th century, and following the radical changes that have occurred in our understanding of children's development since then. The development of the child is covered in sequence: through conception, pre-natal development, birth, infancy, and the pre-school years, to the achievements of the school years, and the changes that occur during adolescence. Each period is addressed in terms of cognitive, social, and linguistic development, including discussion of reading, spelling, and mathematical development. There is also consideration of comparative research concerning the development of cognitive abilities in other primates. Developmental Psychology: A Student's Handbook is essential reading for all undergraduate students of developmental psychology. It will also be of interest to those in education and healthcare studying child development.

Margaret Harris was educated at Northampton School for Girls and Kettering High School. She gained her BSc in Psychology at Bedford College and her PhD at Birkbeck College, University of London. Margaret lectured at Birkbeck College and then became a Senior Lecturer and subsequently a Reader at Royal Holloway University of London. Her main research interests are in language development and reading, with an emphasis on the cognitive development of deaf children.Margaret is involved in several research projects investigating the early language development of children with severe/profound deafness. Her research has looked at the development of successful communication between deaf infants and their mothers and the implications of this for early sign and oral language development. She is particularly interested in the development of visual attention between deaf infants and their mothers and how this relates to early language development.George Butterworth (1946-2000) completed a D.Phil at Oxford University after which he took up a teaching post at Southampton University. This was followed by a Chair in Psychology at Stirling University. He became a Professor at Sussex University in 1991.George was an authority on infant development and the origins of thought and perception in infants. His research interests were broad, encompassing topics as varied as the origins of self-awareness in human development and evolution, and children's understanding of geographical features of the earth.George founded both the British Infancy Research Group and the journal Developmental Science. He was the first president of the European Society for Developmental Psychology and a former president of the British Psychological Society, Developmental Section. He was internationally respected for his scholarship and commitment to research.