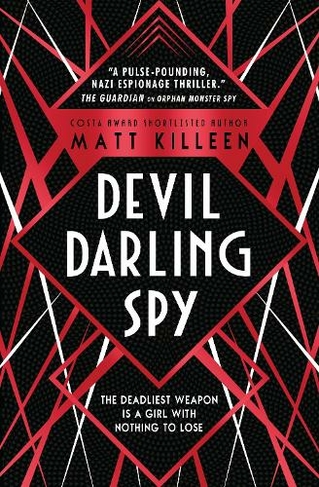 Also available on eBook for £3.47. Click here to purchase from Rakuten Kobo

The deadliest weapon is a girl with nothing to lose... Sarah is used to spying in the champagne-fuelled parties of Nazi Berlin. But her new mission is infinitely more deadly - tracking a lethal disease across bullet-torn Africa, to uncover the monster who would use it to create fifty million corpses. Her enemies think she is a terrified little girl. But she is a warrior set to burn them all.

Matt Killeen was born in Birmingham and, like many of his generation, was absorbed by tales of the war and obsessed with football from an early age. After careers in advertising as a copywriter and in music and sports journalism, he completed a Masters Degree in Creative Writing at Manchester Metropolitan University. In 2010, he became a writer for the LEGO (R) Company, and now writes fiction full-time. The adventures of Sarah in Orphan Monster Spy and now Devil Darling Spy were inspired, in part, by the young female SOE agents of WW2. He lives near London with his soulmate, children, dog and musical instruments.