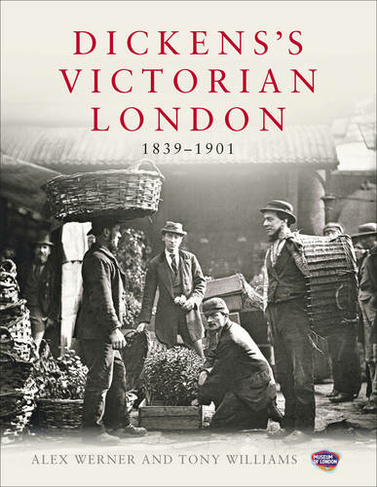 Over 200 stunning archive photographs, most of which have never been published before, illustrate this mesmerising guide to Victorian London seen through the eyes of Charles Dickens. Setting Dickens against the city that was the backdrop and inspiration for his work, it takes the reader on a memorable and haunting journey, discovering the places and subjects which stimulated his imagination. Here are captivating photographs of famous landmarks such as the Houses of Parliament, Trafalgar Square and Westminster Abbey, alongside coaching inns, the Thames before the Embankment was built, the construction of the Metropolitan Underground Line, the docklands that studded the river and the many villages that make up London today. Authoritatively written and beautifully illustrated, this book will appeal to anyone who loves this beguiling city and wants to explore it as it was in Dickens' day.

Alex Werner, Head of History Collections at the Museum of London, has curated a number of major displays including London Bodies (1998), the Expanding City gallery (2010) and Dickens and London (2011-12). His publications include Dockland Life (2000), Journeys through Victorian London (2001) and Jack the Ripper and the East End (2008). He is a trustee of the Charles Dickens Museum. Tony Williams is Associate Editor of The Dickensian and an Honorary Research Fellow at the University of Buckingham, working on the Dickens Journals Online project. From 1999 to 2006 he was Joint General Secretary of The International Dickens Fellowship and prior to that taught English in state secondary schools from 1969 to 1997. This title is published in association with the Museum of London.