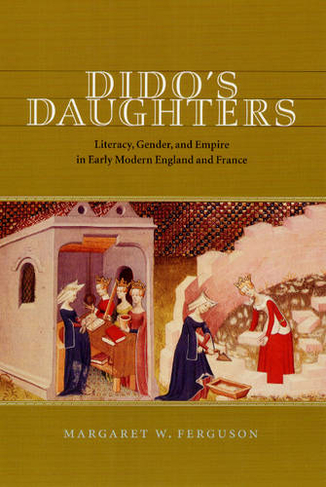 Our common definition of literacy is the ability to read and write in one language. But as Margaret Ferguson reveals in "Dido's Daughters", this description is inadequate, because it fails to help us understand heated conflicts over literacy during the emergence of print culture. The 15th through 17th centuries, she shows, were a contentious era of transition from Latin and other clerical modes of literacy toward more vernacular forms of speech and writing. Ferguson's aim in this work is twofold: to show that what counted as more valuable among these competing literacies had much to do with notions of gender, and to demonstrate how debates about female literacy were critical to the emergence of imperial nations. Looking at writers whom she dubs the figurative daughters of the mythological figure Dido - builder of an empire that threatened to rival Rome - Ferguson traces debates about literacy and empire in the works of Marguerite de Navarre, Christine de Pizan, Elizabeth Cary and Aphra Behn, as well as male writers such as Shakespeare, Rabelais, and Wyatt. The result is a study that sheds new light on the crucial roles that gender and women played in the modernization of England and France. 8 halftones

Margaret W. Ferguson is professor of English at the University of California, Davis. She is the author of Trials of Desire: Renaissance Defenses of Poetry and coeditor of a number of books, most recently The Norton Anthology of Poetry, fourth edition.