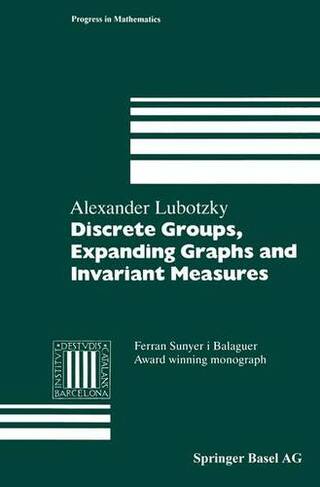 In the last ?fteen years two seemingly unrelated problems, one in computer science and the other in measure theory, were solved by amazingly similar techniques from representation theory and from analytic number theory. One problem is the - plicit construction of expanding graphs ("expanders"). These are highly connected sparse graphs whose existence can be easily demonstrated but whose explicit c- struction turns out to be a dif?cult task. Since expanders serve as basic building blocks for various distributed networks, an explicit construction is highly des- able. The other problem is one posed by Ruziewicz about seventy years ago and studied by Banach [Ba]. It asks whether the Lebesgue measure is the only ?nitely additive measure of total measure one, de?ned on the Lebesgue subsets of the n-dimensional sphere and invariant under all rotations. The two problems seem, at ?rst glance, totally unrelated. It is therefore so- what surprising that both problems were solved using similar methods: initially, Kazhdan's property (T) from representation theory of semi-simple Lie groups was applied in both cases to achieve partial results, and later on, both problems were solved using the (proved) Ramanujan conjecture from the theory of automorphic forms. The fact that representation theory and automorphic forms have anything to do with these problems is a surprise and a hint as well that the two questions are strongly related. XI, 196 p.