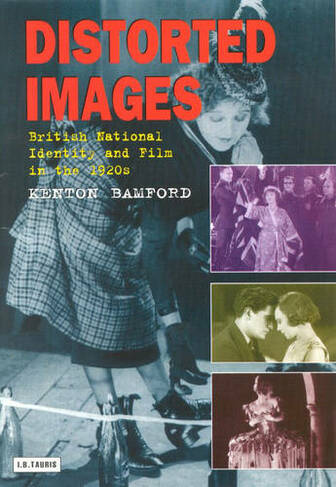 Distorted Images: British National Identity and Film in the 1920s (Cinema and Society)

The 1920s was a period of British film history in which, whilst the British cinema-going public's preference was for the American films of Griffith and deMille, they were being encouraged to "buy British". This exploration of the cultural construction of "Britishness" by the British film industry investigates the image of nation and of British people as depicted in films, the class attitudes and values that underpinned those images, and the realities of the reception of British and American films across classes. Using an array of original source materials, the author looks at the culture of the stage and popular fiction on which the cinema fed, and sets out to show how creativity, innovation and democracy in British films was stifled by a stultifying aura of middle-class gentility. b&w illustrations, bibliography, indexes

Kenton Bamford was formerly Lecturer in History at North London University and is now Research Associate in the House of Lords Record Office.