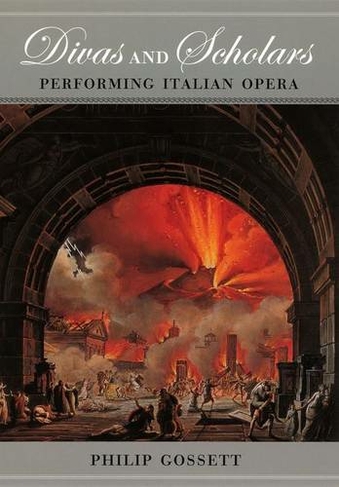 "Divas and Scholars" is a dazzling and beguiling account of how opera comes to the stage, filled with Philip Gossett's personal experiences of triumphant - and even failed - performances and suffused with his towering passion for music. Gossett, the world's leading authority on the performance of Italian opera, brings to life the problems, and occasionally the scandals, that attend the production of some of our favorite operas.Gossett begins by tracing the social history of nineteenth-century Italian theaters in order to explain the nature of the musical scores from which performers have long worked. He then illuminates the often hidden but crucial negotiations between what is written and how it is interpreted by opera conductors and performers. Throughout, Gossett enlivens his history with reports from his own experiences with major opera companies at venues ranging from the Metropolitan and Santa Fe operas to the Rossini Opera Festival at Pesaro.The result is a book that will enthrall both aficionados of Italian opera and newcomers seeking a reliable introduction to it - in all its incomparable grandeur and timeless allure. 92 musical examples

Philip Gossett is the Robert W. Reneker Distinguished Service Professor in Music and the College at the University of Chicago. He is the general editor of the Works of Giuseppe Verdi, published by the University of Chicago Press and Casa Ricordi, and the Works of Gioachino Rossini. In 2004 he received one of four lifetime achievement awards given by the Andrew W. Mellon Foundation, and in 1998 he received the Cavaliere di Gran Croce, the highest civilian award given by the Italian government.