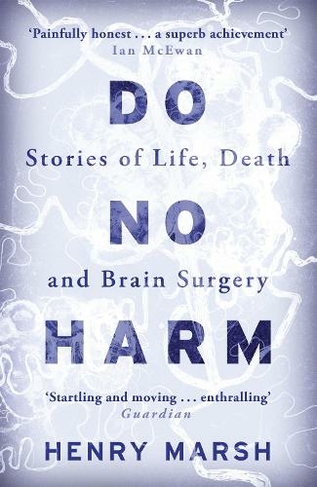 Do No Harm: Stories of Life, Death and Brain Surgery

'A SUPERB ACHIEVEMENT' IAN MCEWAN * * * * * What is it like to be a brain surgeon? How does it feel to hold someone's life in your hands, to cut through the stuff that creates thought, feeling and reason? How do you live with the consequences when it all goes wrong? DO NO HARM offers an unforgettable insight into the highs and lows of a life dedicated to operating on the human brain, in all its exquisite complexity. With astonishing candour and compassion, Henry Marsh reveals the exhilarating drama of surgery, the chaos and confusion of a busy modern hospital, and above all the need for hope when faced with life's most agonising decisions. * * * * * Winner: PEN Ackerley Prize South Bank Sky Arts Award for Literature Shortlisted: Costa Biography Award Duff Cooper Prize Wellcome Book Prize Guardian First Book Award Slightly Foxed Best First Biography Prize Longlisted: Samuel Johnson Prize for Non-Fiction

Henry Marsh read Politics, Philosophy and Economics at Oxford University before studying medicine at the Royal Free Hospital in London. He became a Fellow of the Royal College of Surgeons in 1984 and was appointed Consultant Neurosurgeon at Atkinson Morley's/St George's Hospital in London in 1987, where he still works full time. He has been the subject of two major documentary films, YOUR LIFE IN THEIR HANDS, which won the ROYAL TELEVISION SOCIETY GOLD MEDAL, and THE ENGLISH SURGEON, featuring his work in the Ukraine, which won an EMMY. He was made a CBE in 2010. He is married to the anthropologist and writer Kate Fox. Visit his website at http://www.theenglishsurgeon.com/