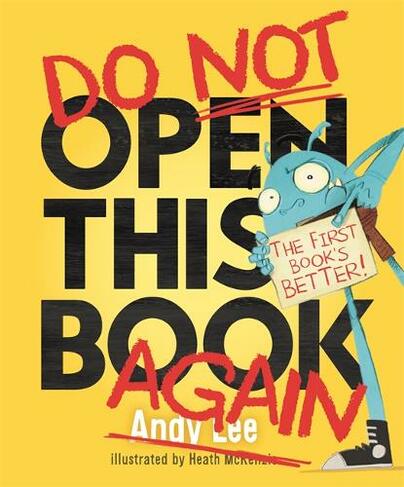 Do Not Open This Book Again

It's time to visit Monster again, but he still insists that you shouldn't open this book, and you definitely shouldn't turn the page! But what will happen if you do? Young readers will love doing everything they are told not to and turning the pages to discover Monster's hilarious secret at the end of this funny picture book. Written by the Australian radio DJ and comedian, Andy Lee, this is a funny story for kids, big and small... do you dare open this book!?